How to Catapult a Cultural Shift from Traditional Selling to Social Selling.

SAP has trained more than 10,000 employees in Social Selling including how to use tools such as LinkedIn Sales Navigator, Twitter, Voicestorm and Grapevine6 to identify prospects, generate leads, build pipeline and win business. In this series of blog posts, you’ll hear from Social Selling frontrunners, in their own words, on how they use these tools to drive success and how Social Selling has helped them in their roles. 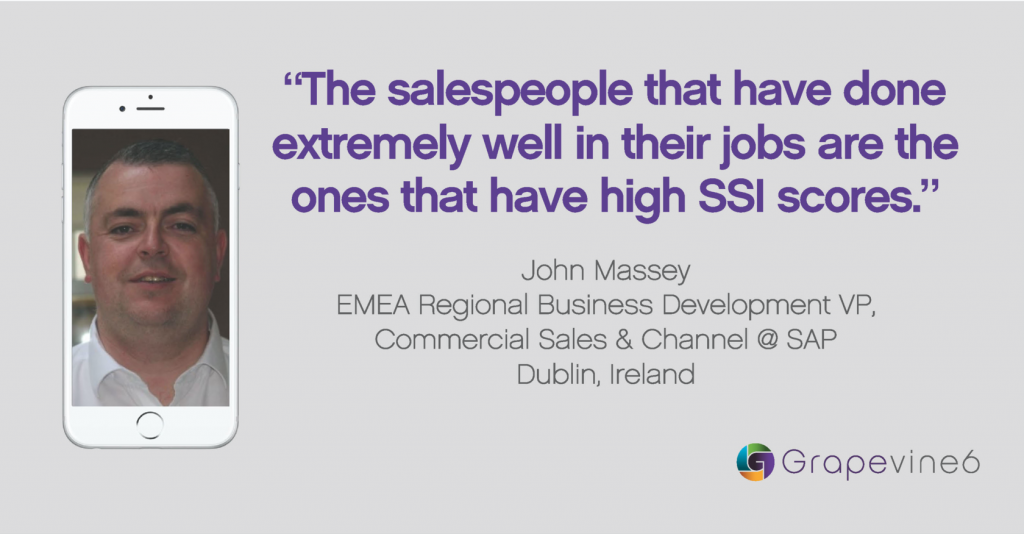 This second interview in our series is with John Massey, SAP’s EMEA Regional Business Development VP, Commercial Sales & Channel, based in Dublin, Ireland. Part of John’s team is responsible for training salespeople at SAP and he has insights on how to train and measure effectiveness.

I have a unique role in business development in that I was asked to drive the use of digital tools and digital learning, as well encourage the use of social as a route to market for the Commercial Sales team. We train teams from the moment they join SAP on all things digital & now measure the Digital Selling Motion (DSM Score) for all Commercial Sales Executives. ‘Digital’ is a key component on the first level on our career Development Tracks or ‘Ninja.’

Tracking effectiveness is a critical part of training and we discovered that we weren’t tracking enough when it came to Social Selling success.

One of the two things that we were able to measure when it comes to Social Selling is the SSI (Social Selling Index) score. We saw that the industry standard was 70 so we set a target to get our sales team above 70 across all roles. In H1 alone, we conducted over 3,000 hours of training using a number of methods and tools,

We used to coach people on how to make calls. Now, our focus is on helping people use digital to do their job on a daily basis. We want to drive our salespeople to move our business from being telephone and face-to-face meetings-based to using digital tools.

The Commercial Sales team is now the most digital and the top performing business unit at SAP. As a result of the Social Selling training and enablement program, this team’s SSI scores grew – across the group – initially by around 15 points and later, improved by another 12 points. Last year we averaged over 70, our target for this year is set at 75, we are already seeing some teams hitting the 80s.

In addition to the general lift in overall SSI scores, we also set metrics to determine the best social sellers by role. We regularly have three or four people from the Commercial Sales team in the top-five of all of SAP in terms of SSI score.

Using a variety of tools

We use a number of tools to help the sales team get better at what they do. One tool, Skillgym, has gamification built in and works like a role-play to help salespeople prepare for a call. As part of the process, we can reinforce the training and check if the salesperson has done their research on a prospect, if they’ve looked at the contact’s LinkedIn profile, and researched them in terms of their history and accomplishments.

Another tool we use – the Virtual Studio – enables salespeople to have an impact on customers without ever leaving the office. It’s a cost-effective way to see customers from Bradford or Birmingham to London and beyond, without having to travel to those places. The customers love it.

The value of Grapevine6

We use Grapevine6 to enable our salespeople to share content to start conversations and deepen relationships with prospects and customers.

I personally focus on three specific topics in terms of the content I like to share, for example, leadership and management or coaching and Digital, especially around Artificial Intelligence. I want people to see me as a thought leader in those areas. I also look for SAP-curated content. I travel between our Sales Hubs so Grapevine6 makes it really convenient; if I’m on a plane at 6:00 am I can use my mobile phone to have a quick read of my suggested posts to find the things that are of interest to me that I can publish. I have found that if people know how to customize their interest graph in Grapevine6, they can really get focused in terms of getting the right content. When you customize a post and make it personal, it gives your audience a greater reason to take a look.

The platform is good for the people that are short on time or aren’t organized – if you put 15-minutes into your diary on a Friday evening or a Monday morning you’ll get a routine going that works. One thing I know is that when it comes to training, repeated actions become habits.

The salespeople that have done extremely well in their jobs are the ones that have high SSI scores. When you have a high SSI score, you’re going to see results in terms of productivity.

The evidence is there, the majority of our top performers have high digital scores. Interestingly the last few managers hired internally were all high on DSM scores, perhaps the most critical area has been for new hires as the average time to revenue has been reduced, this can be seen in the Commercial Sales team – they are the highest users of digital tools, including Grapevine6, amongst others – and they are the top performing business unit.

We are so convinced that this is the way forward that we have brought partners into two-day workshops across Commercial Sales and taken them through the tools and shown them how to use the tools mentioned, as well as Videolicious. The best comment from the recent workshop in Dublin, during the live practice, was when an SAP Success Factors Partner shouted out that it works, they had connected with a CHRO after months of failing to do so – they achieved success after using the tools and tips. 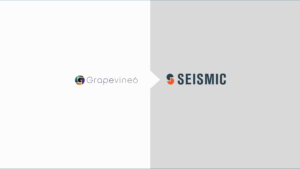 Joining Seismic and our next chapter

Grapevine6 has been acquired by Seismic, the industry-leading sales enablement platform provider Today marks the beginning of a new chapter 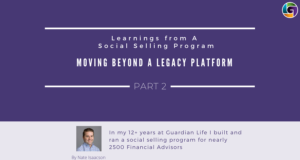 Learnings from a Social Selling Program – Part Two: Moving Beyond a Legacy Platform 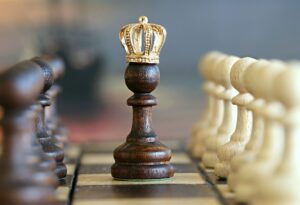 Learnings from a Social Selling Program – Part One: Setting Expectations